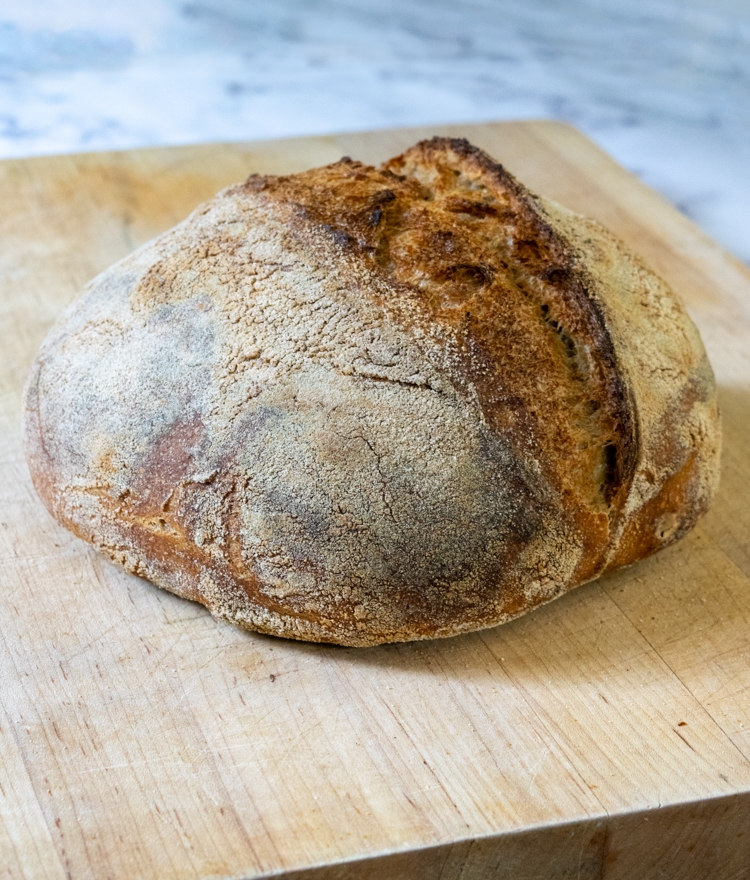 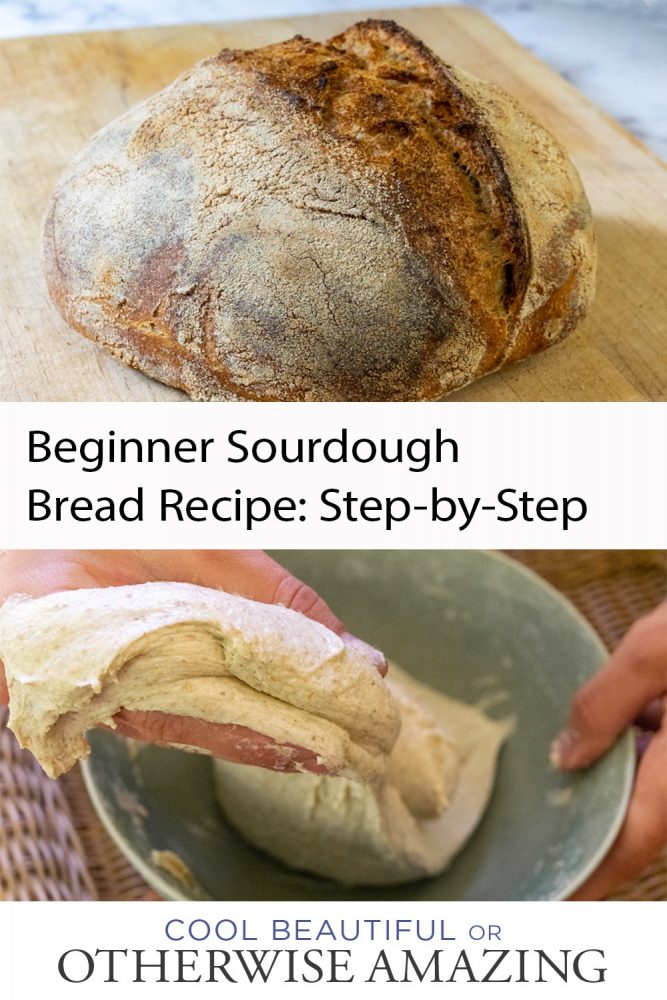 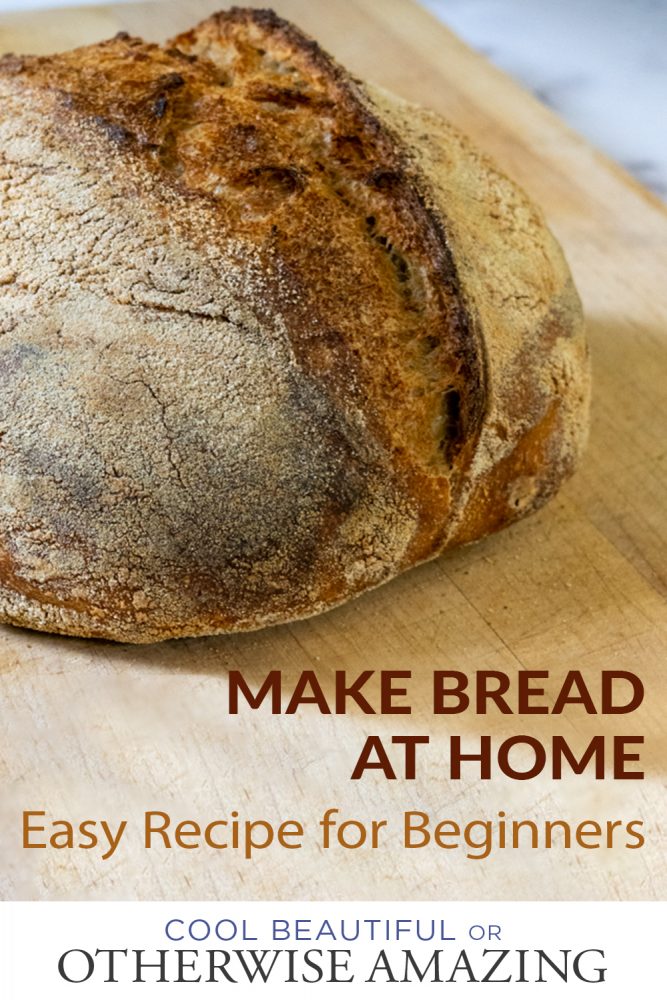 Many recipes for making bread at home with a sourdough starter can be daunting for a beginner, especially when they dive into the concepts behind bread-making and don’t answer the most basic question: what should I do next?

(Note that this recipe requires a starter and a dutch oven, like a Le Creuset.)

My husband shares this simple, step-by-step guide with friends interested in getting started. Once comfortable with the hands-on process, anyone can dive into the more nuanced aspects of making delicious bread. (Notes below with some additional info.)

Once you’ve mastered this process, check out this tutorial on how to sew a waxed bread bag to keep your loaves fresh.

It starts with making your first loaf!

Allow for 24 hours to make a loaf, working at short intervals during that period (allow for 36 hours, for feeding your starter before using it).

I suggest starting mid-morning, say around 10 AM. Of course, adjust your times based on your start.

This site uses Akismet to reduce spam. Learn how your comment data is processed.